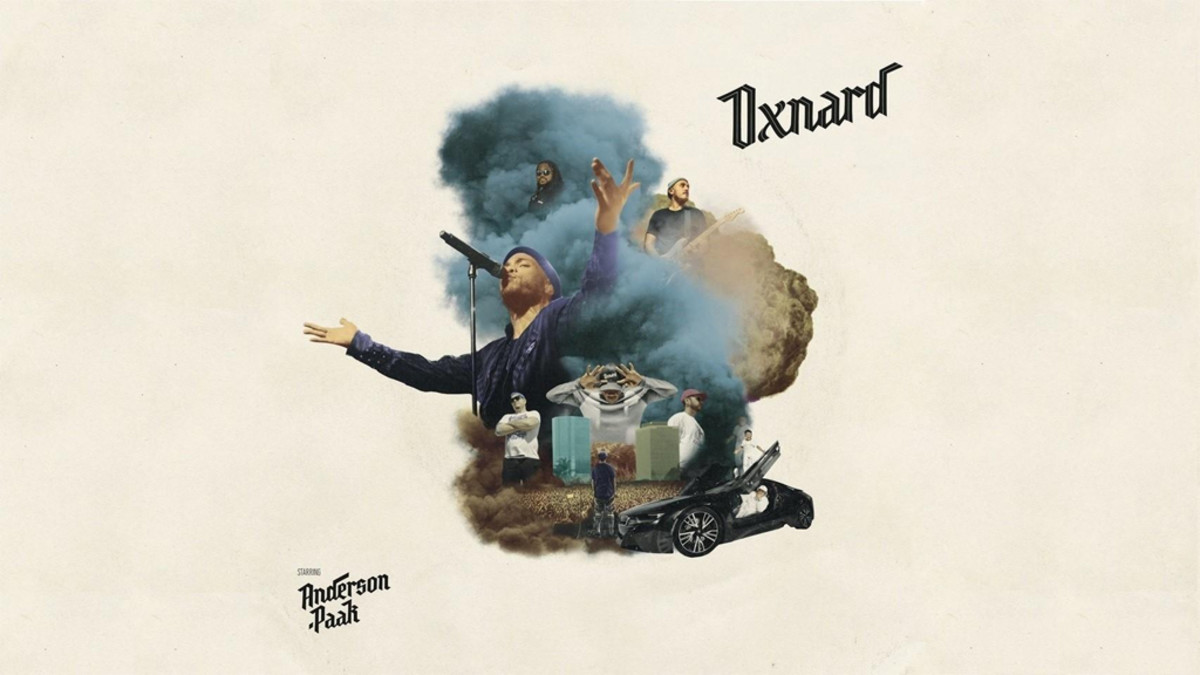 Few days ago, the artist Anderson .Paak actually releasing the audio for the song called King James, it’s been a few months since he releasing his album Oxnard back in November 2018. The new album called Ventura will release next month on April 12 2019! yeay..so I’m going to include the song King James for the next review (so there will be no doubling up posts! just trying to avoid that). Oxnard album featured few other artists like Kendrick Lamar, J. Cole, the legend, Snoop Dogg, and many more. The background of this album is hip hop, a little bit of funk, and R&B music.

3 years between Malibu and Oxnard… you know I couldn’t do that to y’all again 😎 PREORDER AND SINGLE MIDNIGHT TONIGHT. #VENTURA + “King James” 4.12 💥 pic.twitter.com/2VRcNdQKE9

The album is based on 14 tracks in which definitely such a gift to the fans, Metacritic rate this album at 73/100, and to me it’s such a high score for this album. I could say that I’m really a fan the way Anderson .Paak experiments with his music, either it’s R&B music, or funk music. He also work with numerous artists, from Dean of South Korea, to Kendrick Lamar, meaning he has a wider range of working with other artists. Also Anderson .Paak actually a fan of Dr. Dre (another legend on the hip hop industry), and he really did a collaboration with Dr. Dre for the track Mansa Musa.

Soo just in case you guys don’t know who is Mansa Musa is, he is the richest person on the history (so probably in the entire world). So he was the tenth sultan (king) in Mali, so he was practically a dominant figure at the moment, so Anderson .Paak using it as the comparison on the domination of hip hop music, and having Dr. Dre as the featured artist is a smart move, he was signed to the biggest label Death Row Records, and building his own empire, and Dr. Dre was actually the first person that find, and signed Eminem, Dre also has the other business that’s very profitable, like the headphone. Also considering Mansa Musa is super rich, you know the way rapper love to use the comparison of their success ? Not only that according to the history during the time of Mansa Musa reign, his empire produced the largest gold in the world.

Back on my bullshit
I got some money to blow, I’m lookin’ good, bitch
Even as the king, I stay hood rich

I personally loving Kendrick Lamar’s music, seeing him on a live concert probably one of the most amazing shows I’ve ever been. This marked his third collaboration with Anderson .Paak as well. It’s about being the spotlight, people expect someone to be clean all the time, in fact, the paparazzi and the media are actually looking for a “tint”, or basically a small problem can be sold to the public area. Basically hiding from the media, because both are a very private person.

On this album he also got J. Cole which is amazing! I mean J. Cole have a successful year in 2018, his lyrics are so meaningful, very deep, (he discussed racism, equality, politics). And on this song they talked about the hard life that they went through, the journey, the hard work that they build over the years, I think for Anderson .Paak it could be harder because he is half-Korean, and in Asia, seeing someone that looked different especially having African-American background is so difficult, because a lot of them are still having stereotypes about African-American people, or British-African people, or people with colour in general.

Sweet trippy, you’re lost in the deep end, like water to a fish scale
Love to watch you swim
I can’t get rid of you, all the places that I used to go and kick it
All this weight that I’m liftin’, trippy

Last but not least is Who R U? is my favourite about this album. The song is really about knowing yourself, on this track he worked with Dr. Dre whom acted as a producer for the song. I think the whole album is amazing, and I love it, and I can’t wait for the next album to come out!