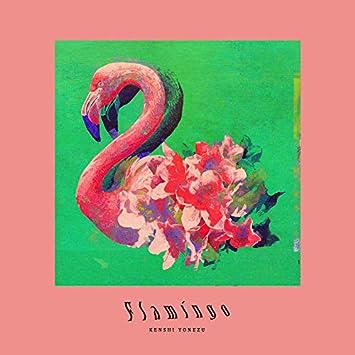 Kenshi Yonezu already released his EP called Flamingo/TEENAGE RIOT, the EP or mini album contained 3 songs in which I love all of them, the same case like Park Bom’s newest songs released!!! I’m very happy about everyone that having a good time releasing their music, and definitely music can be the art form, for helping people, but also sharing important information! we can discuss more things about it next post.

This mini album actually have 2 main videos, first Flamingo, and TEENAGE RIOT. Actually, for the song TEENAGE RIOT you can hear some dubstep influence on the music that Kenshi Yonezu combined it with few rap parts of the song, to be honest with everyone the music video for Flamingo was actually more famous compare to Teenage Riot’s music video, but both videos are amazing though, both are actually sharing “darker vibes” but Teenage Riot was filmed in a warehouse environment (I guess), and it was filmed in black and white instead of colour, and I think you can sense the “rebels-ness” of the music.

Teenage Riot is talking about love, the despair of having a break up, but at the same time he/she might still have the love and he/she doesn’t want the love story ended the way that they don’t expect, because bittersweet of the trust that they gained from the relationship. Anways this is such a good song, you can check out more of the translation here, or actually he added the translations on the music videos, also congratulations for him, as he was the opening act of the Weeknd for his Japan Tour. As for Flamingo, I already posted about it over here.

Last but not least is the song Gomen Ne, ごめんね, aka I’m Sorry. It’s another dubstep influenced song, it’s about a confessions “I want you to listen, not laugh, to my foolish dreams  Before the sun sets, I want to have us talk… ” but this song can be translated so many ways, either it’s to someone that still alive or not, because if you see the last sentence, “Being afraid all the time is just making me embarrassed  Please watch me from there – I’ll be okay – thank you… ” the word “there” could be somewhere in heaven or anywhere in the world. But the song’s point is about having a regret, as you could tell from the title I’m Sorry. But either way…kudos and can’t wait for the next release.