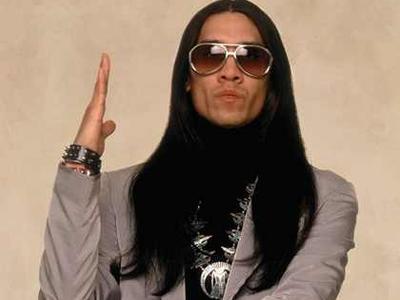 Taboo is one of the members from the notable group Black Eyed Peas, and I guess anyone knows about Black Eyed Peas. Taboo has been battling up with cancer, and he also very supportive of his Native American community. Which I think it was released back in 2016, I think it is such a meaningful song, but I guess it didn’t really on the mainstream fans maybe because the song is really deep, and it’s not only talking about the fun in life, or hyping up with the music in general.

So what happened that day? So there was this pipeline issues, the North Dakota Pipelines which built near the Standing Rock Sioux tribe and potentially damage one of their major water supplies, and there was a protest, there were 2000 veterans joined the protests as well. I guess doing the international business subject, and the cross cultural management will helping me more learning about understanding, and respecting other people’s culture. The area was considered sacred by the tribe, and it’s very understandable, and there should be more consideration regarding that. Maybe some of us, including myself wasn’t really concerned about that, or maybe totally ignorant, but that happened all around the world. I guess having the voice in the popular culture, we could embrace, and helping so many people. Maybe we could teach, or educate our own community first, the meaning of tolerant, and other issues.

For example, although Indonesia is relatively multicultural country, but we always having certain stereotypical of other race, for example the African-American, I was told that they are not a nice people, or I was told to not making friends with them. But the truth is nothing like that! I was completely brainwashed as a kid, and totally ignorant, but everything changes while I listening to some of the music, about the cultural biased, race biased. How the “n” word is such a sensitive issue with the culture. I never understand that beforehand, but the “n” word in Indonesia is similar to the English ones, and I think the older generations are still not fully aware on how hurt or painful it’s the word. I think the ignorant is something that might be so sensitive for everyone and anyone, because we have different thinking, and miscommunication is something that will likely to happen.

Hopefully some of my posts are going to be very helpful! and let me know what do you guys think! I’m thinking about having my aunt to be a guest writer?? I mean she’s such an amazing person, and she’s my favourite aunt too~!