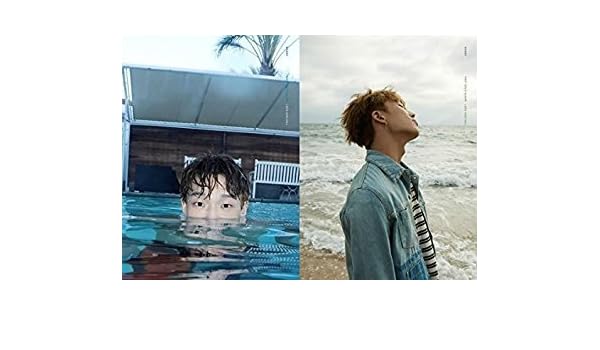 In late 2017, YG suddenly dropped a teaser of Bobby’s album with the title Love and Fall, definitely the fans are very exciting considering his debut with iKon is very successful, although his duo project with Mino was considered wasn’t “that successful” despite having amazing songs, Full House and Hit Me, but the fans are actually too busy commenting on the groups’ popularity debate, instead of supporting MOBB. Anyways the album wasn’t hyped as expected (sadly) he didn’t even got to see many music shows as well, only his solo debut stage.

Anyways the album is composed of 10 songs, where Bobby participated on writing and the music arrangement. Bobby released two music videos for this album, and I remembered back then there’s a drama because it was deleted for a few times from YouTube, and I think that Bobby didn’t get enough promotion for this album.

But here’s the thing, there are things that weren’t expected when the album was released. Firstly Bobby known for having HOLUP! as his solo song, hence the fans must be expecting something that equally as hard as HOLUP! however Bobby stated that he wanted to be an artist who is able to corporate with different kind of music, other than that I have to admit that the promotion for this album wasn’t good enough, similar to Taeyang’s album. (alright Taeyang album review will be release soon!)

Anyhow they released the music video for Runaway, and I Love You, with Runaway is considered as one of my favourites, but I Love You sounds like something that I didn’t expect from Bobby. Secret is one of my favourite from this album, he shared the collaboration with DK from iKon, and Katie Kim, the song is composed with R&B vibes. I love Katie’s voice got a deeper tone compares to other girls, and DK as one of the main vocalist from iKon is just amazing. The banger from this album UP! is also amazing, I hope that MOBB will be given another to release a new music. Another thing is…the reason why I love the music video of Runaway is because of the bible verse from Psalm 118:5.