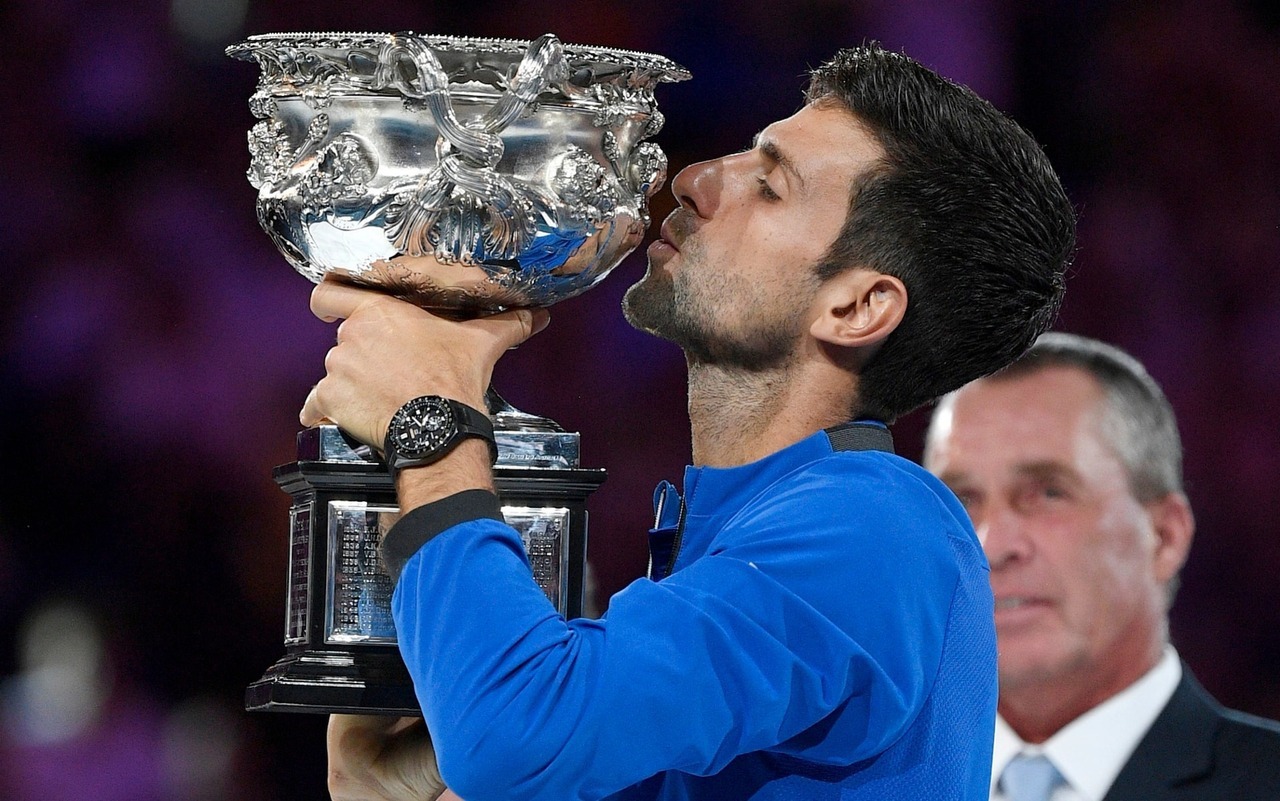 here’s the Australian Open 2019 Men’s Champion NOVAK DJOKOVIC ! I was a fan of him back in 2011, and I guess I’ve never doubt him to be the champion 🙂 there are times where I was so sad if he lost, or literally cried like a river, but at the same time I learned stuffs..that sometimes in order to be better we need to lost, in order to gain something in the future. The moment of the doubts were actually happened in 2015-ish season, also the Rio Olympic was so sad 😦 then he hasn’t really been on the final since then until 2018 ! winning 2 slams after the injuries 🙂 I never doubt him since then. Here we are as Novak’s fans seeing him with 15 grand slams..I saw all those 14 other match 🙂 since 2011 #proudfan

When the last point is done, we are humans. Give your opponent a hug and say, ‘great fight,’ and that’s all.-Novak Djokovic

I mean back in 2018..during the World Cup semi-final, which also happened to be Wimbledon’s semis I told myself, and prayed even if…if my favourite national team not going to win the world cup, at least Novak will win the Wimbledon..and it happened it was the most unforgetable in my life as a fan of Novak Djokovic. I used to watch his games, on every single tournament but I can’t do it as often anymore because I have my uni days now, and I currently living overseas 🙂 sooo since I have write about Novak’s name being on a song..I tried to find another songs..that hopefully I haven’t mentioned yet.

KD at the three, Djokovic with the racket
Phelps in the pool, I’m like Speith at the masters

by the way…Freddie Gibbs already collaborated with Jay Rock before (Jay worked with Kendrick Lamar as well), Young Thug, and A$AP Ferg before..and I just knew him after Djokovic won Australian Open 2019