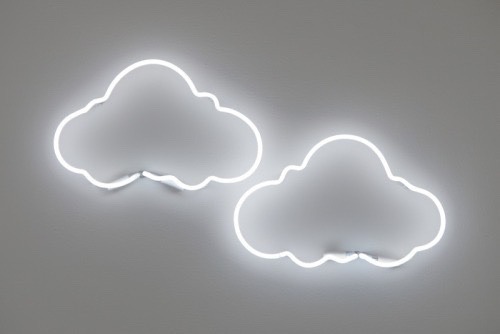 Hiii guys I hope everyone are enjoying their best weekend just yet. There are some good stuffs from this week, and there are some bad ones too, the good news is there are some amazing music from Ariana Grande, Twenty One Pilots, Lauv and Troye Sivan, and last but not least the YG Treasure are complete. The other news is that all my favourite tennis players ; Nadal, Djokovic, and Osaka went through the final for Australian Open 2019 ! sad news is…Dele Alli got injured (get well Del) by the way

NIGA HIGA aka Ryan Higa just released a song called Exposed ! well Ryan never disappoints his fans, and I really appreciate it..although its all just for fun thing, but I think he really did well, on arranging the lyrics, and the word play ! I think he also did the rap part better than some of professional rappers ! I personally think that its the homage of Eminem’s style of rap, especially his freestyle rap ! 🙂 anyways love Ryan soo much ! if you ever get down because of something just remember everyone of us are actually experience(d) it at least one even Ryan himself.

Moving onnnn everyone is sooo into k pop at the moment, and they are everywhere, the fans are just amazing..and I appreciate that ! Tiffany Young just dropped a new song called Born Again, where its a representation of her showing her other side as an artist, and its totally different now because she’s not part of SM anymore, and she’s going solo, she looks more mature right now, and its good that she’s doing great on doing solo things !

Next up the YG Treasure Box ! its been revealed that the members are : Junkyu, Yedam, Haruto, Jeongwoo, Jaehyuk, Junghwan, and Hyunsuk ! some fans are not happy, because they all loving the other trainees, and hoping others to debut ! its sad but there’s nothing that we can do !

I have to say that the episodes are just way to addictive, and I following each of their episode ! its a bit different from mix9 which some of the trainees including Lee Byoung Gon (he didn’t get to debut with YG new boy group #sad) also taking part on the song from mix9. I expected that YG Treasure will do the same thing, showing their producing skills..but unfortunately its not, and it was cruel that mix and match..so its very sad seeing other trainees left. for the record I made the clean version of Going Crazy ! go check it out and don’t forget to subscribe 🙂

Ariana dropped an amazing song which I already talk about (write) called 7 rings, its a friendship anthem, and anyone that just got a breakup please listen to this song ! and even after few days after it released its still trending on no 1 in Indonesia ! I mean Dua Lipa also dropped a new song called Swan Song for the upcoming movie Alita : Battle Angel ! (I’m going to watch the movie for sure, but its not on trend at the moment ! but surely it will be once the movie is being released #marketing

I mean Ariana is really living “ain’t no budget when I’m on set” the music video production is just litttt and breaking the other artists for being the most watch music video in 24 hrs…#legit. Twenty One Pilots also dropped a new music video for Chlorine a song from their album Trench. I mean I love Twenty One Pilots, and I have wrote some stuffs of theirs on my blog  soo please check it out ! the song itself is about on how Tyler dealing with his depression, chlorine is a strong chemical, you can use it to clean up your pool..I kind of like the animated character on the music video !

Last but not least LAUVVVV AND TROYEEE SIVAN !!! the song is super chill, it got the R&B, alternative R&B vibes. Its a song that able to connect with you emotion ! I mean the line i’m so tired…. I also love Troye’s voice, I think he is such an angel ! so please check it out 🙂