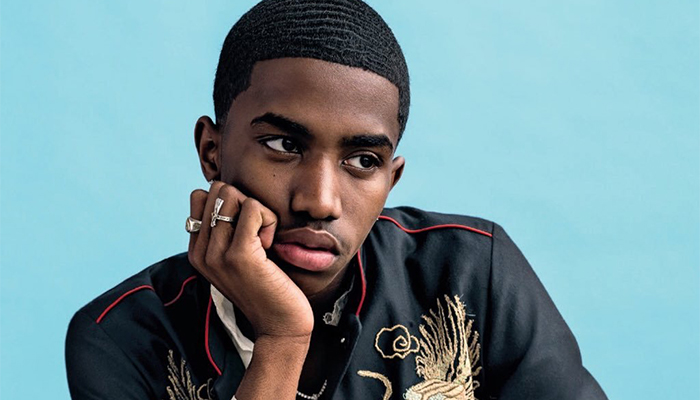 You might heard his surname before, yup he is the son of Sean Combs, and his name is Christian Casey Combs. You might saw him on a fashion like Dolce & Gabbana, in Milan Fashion Week, but he also making music. If you asking me how do you know him (know his music), well its through an instagram post, where both were at the Dolce & Gabbana’s show #footballfan.

Its definitely hard when you were growing up with your famous dad aka P. Diddy, because Diddy himself also the founder of Bad Boy Records..in which Bad Boy Records was the home record for the famous Notorious B.I.G. in fact it was one of the biggest hip hop label at that time, and their main competitor was Death Row Records, the eastcoast, and the westcoast things were a bit complicated for me, but King Combs really know how to ballll.  Back in April 2018 he dropped the song called Eyez On C featured Tupac’s All Eyez On Me beats. I think King Combs really highlighted the 90s vibes from the mixtape that he dropped, he also done a collaboration with Chris Brown.

You must found out the differences of the beats on the 90s hip hop music with the current one, and I think you just need the guts to pulled of both. King Combs’ collaboration with Chris Brown is definitely something that the young people nowadays would listen. I could understand that the public may judge him for so many reason, but I think we just need a bit more time for King Combs to show more of his talents. His other music like Fuck the Summer Up, is also something that people nowadays or the 2010s would listen. I guess its not fair to judge him in such a fast way, its like judge the successor of a new coe that got the chair from the family….