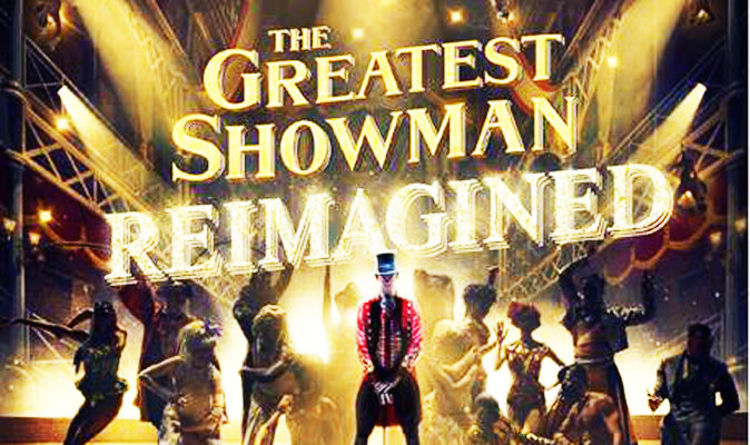 I actually never in love with a romantic movie..like ever, however I got to see The Greatest Showman last year with my friend, at first I was so skeptical with the whole movie. I though it was too cheesy, well…maybe (?) but at the the same time the movie thought you about acceptance, and family. The movie talk about acceptance in terms of your family, yourself, and the differences among us. The difference among us could be a lot of things ; skin, ability, and more..(less judgemental I could say)

Anyways I’m so sorry for being MIA again..it turns out that tumblr is blocked in my country 😦 and I am with my family..so I don’t have time for my own doing this (the whole blogging and searching for music). But the whole new album was taking the idea of combining R&B and hip hop music all along. They have James Arthur (my fave) and having Missy Elliot definitely give the song to have a little kick.

Anyways to me I really love both the movie, and the reimagined version, I could say that the sounds are a little bit different, but the movie version giving us the idea that the actors are actually able to sing. Also if you miss a little bit of rock influenced on this movie, they have Panic at the Disco for the song The Greatest Show…. 🙂 🙂 And definitely Brendon Urie never disappoints to give the kick for the opening song 🙂

Anyways…let me know what’s your favourite songs from the movie, or the reimagined album 🙂 I still fall in love with Rewrite the Stars, and This Is Me. I mean for This Is Me its a song that makes you to accept yourself (maybe). But sometimes although its cliché..in order to win over something or to forgive others you really need to forgive and accept yourself 🙂