So thanks to the PAQ series for having the Poppy Adjudha’s episode…sorry for being MIA because my mum is here, and exam is just finished so its a bit hard. To be honest with you guys its my first time of knowing Poppy Adjudha 🙂 and by the way I’m going to be interviewed for a job..so hopefully its working out. I mean I’ll be graduate like the end of next year, and try to be more independent 🙂 so hopefully I’ll sort everything out together, and yeahhh I’ll be back to Indonesia for months. To be honest its really an interesting video because I do have a music video class where I have to make a music video here.

For the record..talking about the UK thing..I can’t really forgot to say that thank you for Classic Football Shirt for the on time delivery..that’s OMG because I spent my money last minute before the exam…so now I have Steven Gerrard shirt, its too big on me but I’ll sort it out soon. To me personally Classic Football Shirts is really offering a good deal of shirts, and yeah its more than just a shirt, a fashion item too 🙂 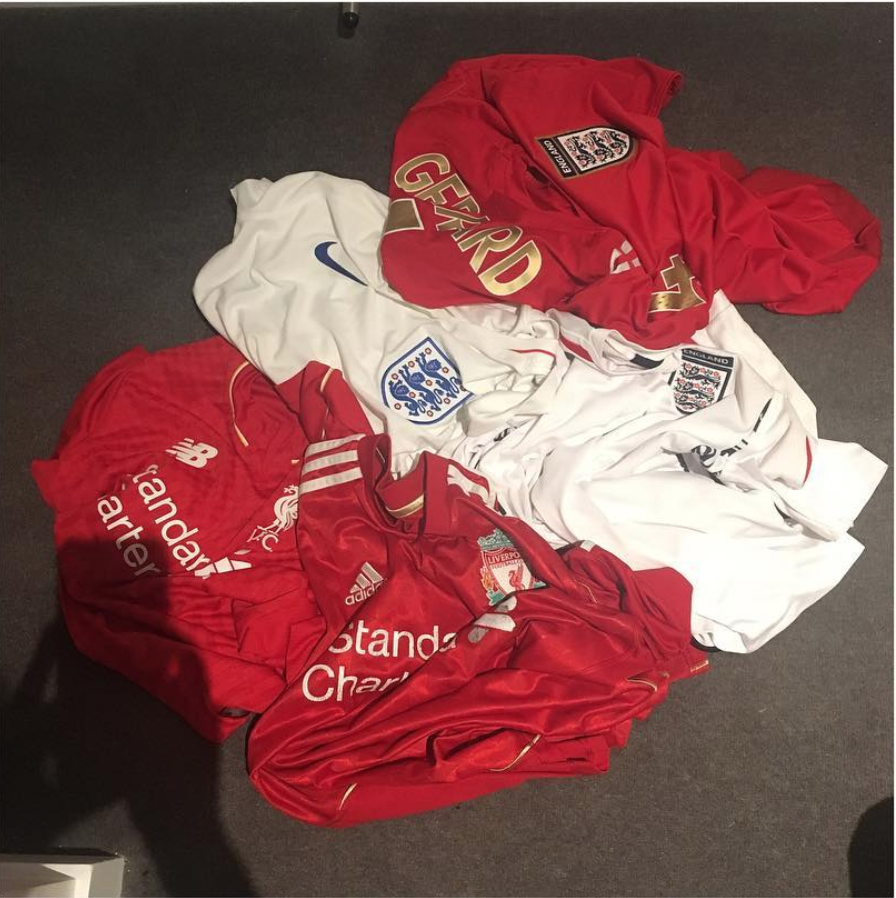 So I purchased 2 shirts the England’s Gerrard, and plain one from 2008-ish. Everything is exactly on the description on the blog..and I really like it, although I picked out the expressed package so its a bit more expensive, but all the items are mostly on amazing conditions. So hopefully I’ll purchase more when I have my own job :)))) by the ways that’s not an endorsement, purely because I love the blog…Going back to Poppy Adjudha 🙂 what I really like from her is that her unique voice, and her approach to the music. I love the raw ness on her music too, its a R&B/Soul music that’s I think its really calming..especially post examsss or if you just want to chill out by the pool enjoying the weather.

I mean most of the music coming from the States are definitely more mainstream, and I feel like sometimes they lost the touch of the art of music video itself. For example the song Spilling Into You, you can see that the cinematography is really well done, its not overly hyped up with the whole crazy animation (I sometimes like that approach too), and the story board is really coordinate with the whole mood (its soo important when you just want to be with yourself)..soo anyways let me know more about cool artists on the comment section belowwww 🙂 I mean most of her music video that posted on YouTube are very real, raw, and its just something that you can connect to your own self.. :))