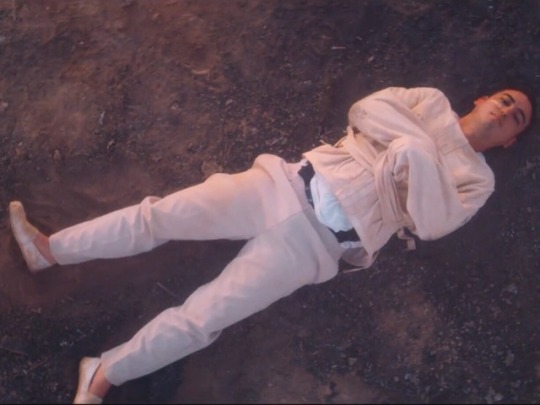 Soo probably you guys know that I’m a fan of 88rising artists, in fact I was able to come of Rich Brian’s show last time with my friend Sara….you guys can see the fan cams on my post on concerts sections 🙂 and I’ll add more once I’m able to get another concerts, anyways I really want to see joji if I’m going to have a chance 🙂 but for now in the last couple months he released 2 music video Test Drive and Slow Dancing in the Dark. Both musics are actually sharing the similarities, the directions of the music video that’s artsy.

To me Joji is making the kind of chill music, and its a bit dark sometimes (which I love) you can see the props and the lighting on the whole video. You can see the perspective of the lyrics of Slow Dancing in the Dark, by Joji himself over here. I don’t know but to me Slow Dancing in the Dark is depicting a sad love story of someone falling in love with a wrong person, or they could play with fire (?).  I love the fact that actually 88rising’s musics are actually trying to breach out a different spectrum over the spectrum that already exists, although their Head in the Clouds are actually more into the more mainstream type of music.

The key point of Joji’s music video is actually he’s keeping himself to be himself so its giving its rawness feels, and not too actsy, I’ve been making another review for Joji before, I really like that actually he also explore different vibes for the music, like Can’t Get Over You is giving like a lot of fun vibes in sunny LA, and I really love it, he puts out the geeky ness of himself on the music video, and its totally different from the other music that he puts out on the first 2 videos that I linked before.