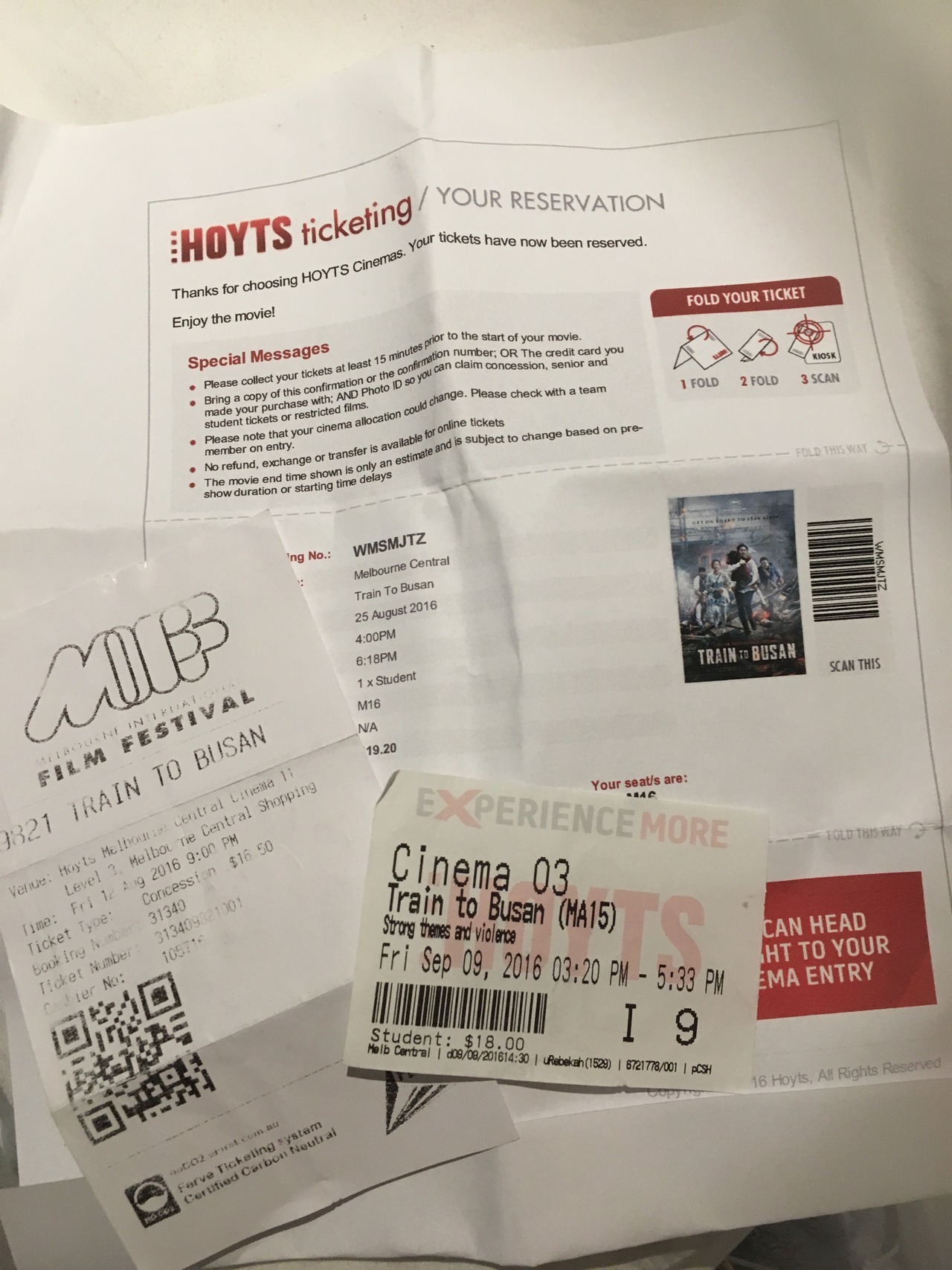 Soo I watched this movie three times, and during those 3 times I literally sobbed inside the theatre. I lived in Melbourne and they have a film festival, so I watched the film during the festival week. At this point I have no idea who is Gong Yoo, and I watched it because they don’t have much zombie films from Asia. Halloween is coming up right ? so I guess I’ll suggest you guys to watch this film. I know the film is actually more complicated about fighting zombies..I personally focusing on the relationship that the main character, Seok Woo played by Gong Yoo, and the daughter Su An, played by Kim Soo An.

The story started that the father is divorced with his wife, he is successful with the work, but he didn’t get the time to spend time with his daughter..(my parents are not divorcing but my dad is similar to Seok Woo in terms of character not the face). Which I don’t mad, its more awkward if we spend more time together hahaha its because he work from early morning to nights, and I have extra course outside the house, so once I got back I’m way to sleepy to talk around. But actually I’m annoyed with my dad for a lot of reasons..but actually loves me so bad, and I even his no 1 hahahaha despite I’m not that academic expert.

The thing is that I never cry no matter what the conditions are, until….

In that moment its already started to hitting me up, and I know its such a cliché thing/moment to know that,  but OMG I cried a lot at the end of the movie, well I don’t think people understand on why I’m crying on the movie.. The moment that actually she grabbed her dad hand after getting bitten was the one that hitting me so badly because during the whole trip she didn’t realised that her father being so selfish only to safe her, more than anything else. and I feel sad in that moment because she’s late to know, or realised and its during her birthday day.

Soo I feel so bad because she lost her father at her birthday, but at the same time I feel bad for Seok Woo, because he was actually able to show his real love towards his daughter at his last minute, the relationship between the daughter and the father actually going stronger when the situation get worst…And the separation is the worst, and the instrumental music was just…. 😦 made me cry. At the end Su An is actually singing the song that she wasn’t able to finish back at the school recital, but this time she was able to finish it, its kind of answering her dad at the first starter of the movie, when the father asking why she is not able to finish it…

and this song Bye Bye by Mariah Carey