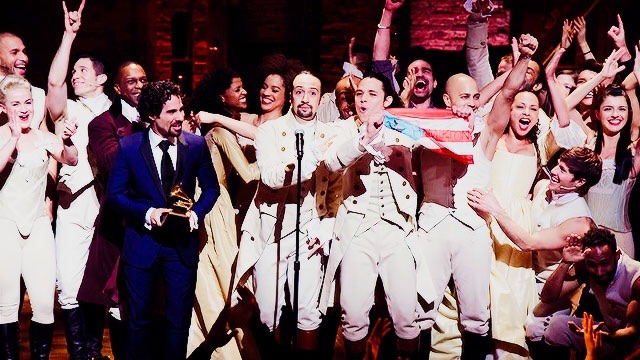 When the opera theatre realised that the younger generations are actually more interesting to listen to more modern music like hip hop and R&B, you’ll have Hamilton The Musical the director making it more interesting by combining both world, the writer for this theatre show is Lee-Manuel Miranda, and he also wrote the lyrics for the musical as well. The other interesting thing from the musical is that they actually in corporate history as well, they corporate the story of Alexander Hamilton who is one of the Founding Fathers of the United States.  Long story short it was a long history, but I recommend everyone to read it (just if you guys want soo), but going back to the musical I’m really loving the costume of the whole musical, its a mixed between olden visuals mixed with modern music. If you guys want to see the musical here

The musical soundtrack is already cool enough, and its got its own mixed tape album, where the songs are contained some of the sample from the original soundtrack. One of my favourite songs from the original soundtrack is Wait For It, and from the mixtape Immigrant (We Get the Job Done) performed by K’nann, Riz Ahmed, Snow Tha Product, and Residente, where the song is actually represent people from different background. The music contained some of Yorktown (The World Turned Upside Down), where back in the day there are a lot of people coming from different backgrounds to the U.S. its about how acceptable is people with different background, on the genius.com Miranda stated

“Have we achieved full freedom as a society? Nope. We’ve a ways to go. It was true in 1781 and it’s true now.” – Lin-Manuel Miranda

I guess its a pretty lesson learnt musical, because these days people are easily get offended over small things, but with music I guess everybody is becoming one, and enjoying at the same time. The thing is with music you can corporate a lot of things, and either you’re young or old, you can still enjoying it together.