So Vetement is one of the biggest street wear that worn by numerous people across the fashion industry, music people and more. Around October 2017, they released the jersey inspired fashion, and making it high end, and as you guys may know we have World Cup this year (2018). Not only that label like Off White, particularly also collaborate with Nike to make a jersey, other brand such as Patta also taking football jersey inspired to be part of their brand identity.

Particularly, if you see the photo above, you can see that the Three Lions’ jersey, AKA England’s kit are being part of Vetements collection, and the price of the jersey from Vetement is around $400 up (?), but you can get the jersey for around $100 AUD. Now the we are on the generations where we are all influenced by influencer through social media, but in my opinion we are all influenced by hip hop culture, and people like J. Cole, Snoop Dogg, Drake, The Game, and Loyle Carner are wearing the football jersey. Which I think making it more popular this day. But I guess Uncle Snoop is a universal fan, rather than supporting one particular team (like me). 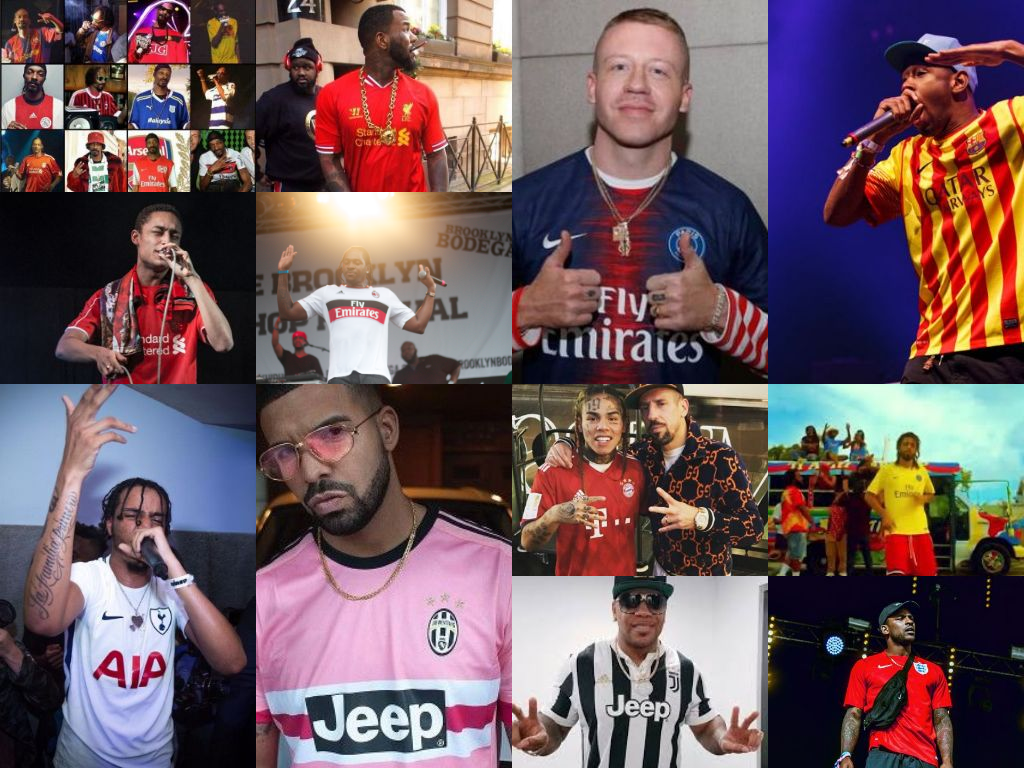 And also I personally think that Adidas is eyeing on the opportunity by collaborating with Colors. So they work with Gunna for Juventus, J.I.D for Real Madrid, Notes for Manchester United, and LEFA for Bayern Munchen. (I will updating this post each week, because they will post the session week by week). Which I think its a smart move, because apparently football is not popular in the U.S. in fact its the fourth most popular sports in the country, although its ranked no 1 in Australia as one of the most watchable sports on TV, but they took AFL more seriously last 28 September 2018 I have a public holiday because of the AFL Grand Final (yup no uni). I mean its also an opportunity for the football team to get more market audience for their name, games, or even players. I mean even off the pitch when this musicians are visiting U.K. they sometimes taking times to go off to the stadium, and post it on social media. I mean social media is huge, and people are influenced by what they are wearing, and do. Before this I used to have the 2012 Liverpool Adidas kit that I gave it to my brother (now that I regret it 😦 )

For the record the quality of the music on the channel Colors are very in high quality, and very aesthetic so you guys should check it out.