The movie was produced, and directed by Angelina Jolie. It was based on true story of  USA Olympian and army officer Louis “Louie” Zamperini, who survived in a raft for 47 days after his bomber crash-landed in the ocean during World War II, then was sent to a series of prisoner of war camps. Louie died on 2014 at the age of 97, later on his life Louie converted to Christianity, and forgive the capturers during the war time, after attending Billy Graham sermon. Anyway to fact that the movie was awesome (according to me), because the actors that working on this movie are amazing, and Miyavi was acted for the first time for this movie. The movie was gaining a little bit controversy, but I guess people are able to take things positively this day, and able to capture the most important message from the movie.

Also I guess the most important thing is that understanding that war isn’t everything, and both sides are actually the victim of the war. And also forgiveness, at the end of the day when you still have a revenge inside your heart I don’t think it will help us from the past. To me the whole movie has a good message. And as for the movie soundtrack Coldplay was in charged to create the song Miracles. I could say the song is elevated, and peaceful at times. Its a well written song for a tribute to the late Mr. Louie. 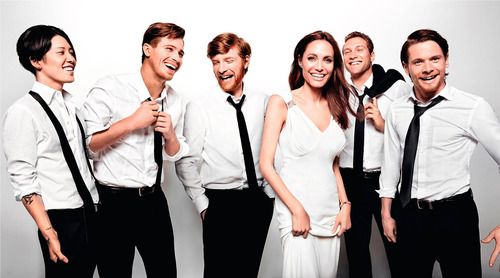