World Cup just ended roughly a week, to me football is to represent that we are one no matter what the player’s religion, ethnicity, they were targeting one goal, the price for being the winning team. Recently Mesut Ozil retired from the German’s national football team, the fact that its because its racism it doesn’t acceptable. I’m an Indonesian, with Chinese ethnicity its so annoying the when people calling me Chinese, simply because I was born breed in Indonesia, I was educated in Indonesia, and my passport saying I’m Indonesian, its the same way with other people whose families migrated ages ago to other countries.

The fact that last World Cup I cheered up for England and France that’s making me realised that I choose the right team. If you asking me why ? they are the most diverse team I believe in the World Cup that I know, 87 % of the France’s team are coming from immigrants. There are tweets such as Africa won the World Cup on twitter, and P Diddy also wrote the same comment on Instagram. 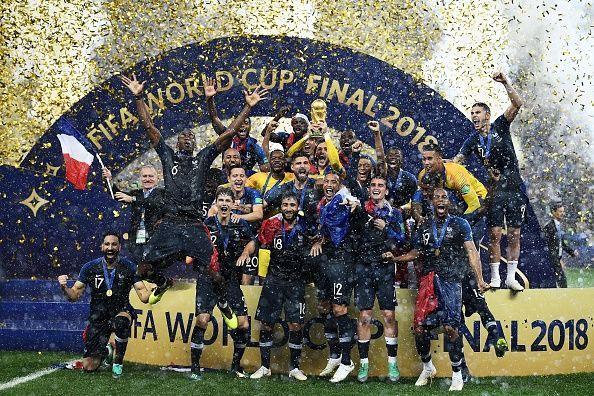 Next up we have England, some of you guys probably laughing on why I choose this team right, because I choose England. But the fact that the team choose the diversity of the players what makes me respect the coach Gareth Southgate. Mr. Southgate told ITV on an interview “We have the chance to affect something bigger than ourselves.We are a team with our diversity and with our youth that represents modern England”. And don’t you know 11 players out of the 23 players from the team are black or mixed background its showing that its not about the race anymore, it increased compare to the 2014’s team that brought up 6 players with mixed background.

Just to let people know, your ethnicity is definitely important because its your DNA, and its your identity, but when people mixing it up with racism I guess it will be the cancer. Racism, and politics, those are the biggest cancer in this world, just because I’m Asian it doesn’t makes me less human than Black, or White people. At the end of the day our blood’s colour are still the same, let me know if you got a different colour of blood…

Here’s are some playlist for you…

I see no changes, wake up in the morning and I ask myself
Is life worth livin’? Should I blast myself?
I’m tired of bein’ poor and, even worse, I’m black
My stomach hurts so I’m lookin’ for a purse to snatch

The fact that Ozil got Turkish background doesn’t make him less German compare to other Germans, just because Raheem Sterling was born in Jamaica and moved to UK at age 2 making him less British than any players.

I don’t see racism will bring us to a better way, the reason simply because I think we’re all once an immigrants. I’ll let you to tell me that your great great grandparents are not even move from one place to another to pursue a better life. The fact that I really hate it because I don’t thing your race, or my race will make you or myself less human than anybody else. I’m not saying that I want to be black or what so ever, but I feel like its more than just your ethnicity and your religion. To be honest religion is something that very personal thing, and its really nobody’s business to comment on that, the fact that we’re human, we have the free will to love, to take picture with anyone that we want. Are you going to throw racist comment on Paul Pogba ? well he scored the France’s final on the tournament, but what if the situation reversed ? are you going to love him the same way ?

Anyways that’s all that I want to write, if I offended anyone I would like to apologize…