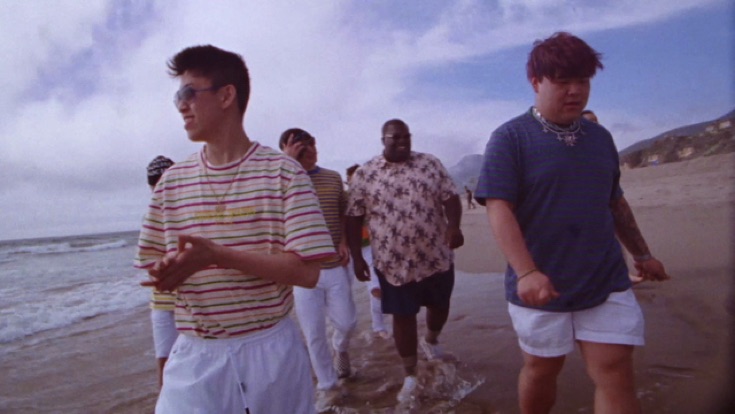 Hi guys I’m reviewing the whole album, you can see the previous post here, actually the reason why, because there are too many good songs to be missed. The album itself was composed of R&B, Lofi, hip hop, and trap music. The album also show casing different artists from different countries.  Artists such as Verbal, Playboi Carti, Yung Bans, and Famous Dex also participating as a collaborator on the album, I think the collaborations is very well curated, because they really know which work well, and not.

Keith Ape is definitely back and he collaborated with Verbal, from the Japanese group PKCZ, alongside with Famous Dex for the track Japan 88. My prediction that KOHH will be part of the album is actually wrong. But the song Japan 88 is a total banger, its a combinations between English, Korean, and Japanese language together, almost It G Ma 2.0.

For the song Red Rubies, its mostly a trap music, as I said I’m not a huge trap music, but its really good, I could see why they have trap music here, because its really huge at the moment. But this song is totally another banger from the album, its a fun song I think it could be play inside a night club. I personally Red Rubies is the type of the song that will be heard, and more appreciated in the West, because its very Migos type of song in a good way, I’m a fan of both Migos, and the whole 88rising crew.

Poolside Manor is my guilty pleasure from the album, I mean NIKI’s voice is so sassy adding this song give a sense of lavish-ish style, also with AUGUST 08 mellow voice. Both artists are amazing with their own ways, and their characteristic, the song is very relaxing, chill but not boring, the blending of the voices are blended well. I could tell that NIKI is showing more of her side on every new released, while I think AUGUST 08 is really good at both rapping, and singing, so AUGUST 08 is a complete type of artist, I love his rapping too. This song is very summery, its like a throwback love song type near by the pool, I think its a song that’s perfect for your first date (?).

HEAD IN THE CLOUDS, I’ve been waiting for this song to be released, because you could hear the preview of the song at the end of Midsummer Madness MV right (?). Joji is my favourite artist at the moment, he’s just way to amazing. His voice has the mysterious feels, so you feel like you got a little chill when you listen to it. This is the last song of the track lists, but its totally the song thats worth it on the curtain closed. I mean I really love this song, because its so perfect for you during summer, and Indonesia got all year summer.