Getting to Know DPR Live

DPR Live is one of the rapper that’s currently on trend in South Korea I’ve listened to his song Jasmine, which produced by Code Kunst back in 2017, I do love his songs because they’re mostly R&B based, no wonder he also collaborated with artist like Dean, and Crush. What I don’t like about people who generalized Korean music is that, all k pop sounds similar, and they look “weird”. The thing is they don’t listen to the awesome part of the underground artists or independent label artists of South Korea, artist like DPR Live had been going to perform at SXSW 2018. And to be honest K Pop, is just the same as pop music that people listen to, but they’re just in Korea, the same thing with J Pop, but its in Japanese. I do have 3 songs that’s my faves ; Jasmine, Know Me, Laputa. But recently he released Playlist around 2 weeks ago.

I think this song is perfect for summer, because of the beats is more “happier” than the other three that I listed, or discussed below 🙂 but the lyrics like “your lips sweet like mangoes” kind of cute, and the fact that’s one of the tropical fruit, so I assume its for summer song. But again since I love better a sad song rather than a happy love song, I preferred the other 3, but I could see that the song will be played at the bar by the beach or pool, and than the approach of the music video is unique as well, the colours, are very summery, like the beach, pink rosey background, and some of the props just scream summer to me.  But so far Dream Perfect Regime haven’t disappoint me regarding their direction of music videos, I’m not a summer person though, but the song is nice.

I personally think you should listen to him if you’re into Drake, or MINO rap style, its chill not to hyped up, so it doesn’t make you able to get bored by the songs easily. For the record I think Know Me is my favourite. Well to be honest there are different types of songs from South Korea music industry, they offered the under ground musics, that relatively pin point certain niche, and the k pop industry that pin point the world market.

But honestly if you see at the musical style, the under ground musics are actually also satisfying, although most of the songs are tend to be fall on Western type of music. You can see the lyrical are more expressed freely, rather than the k pop industry, because you can see that some television channels are banning certain words, or even songs of a group. But the point of making music, to me is truly expressing yourself, you have that freedom of speech, I think that’s why I admired my artists, because a lot of their songs got banned.

K Pop in my interpretation is like a music factory right now, when anyone do something, they followed, and it became to mainstream, for example when BIGBANG came out no one likes it, but the trend now following the step of BIGBANG or 2NE1, whereas group like WINNER that focusing more into different genres is a little bit under appreciated although they’re from YG. Whereas if you see DPR Live, he constantly producing, and releasing music, in which helps to gain a recognition musicians from outside South Korea, without being in a big agency or extremely big promotions.

Although some of DPR Live songs are pretty straight forward about love, I mean when you have Dean on your songs, the vibes totally different. I mean Dean’s voice is unique, and it gives extra sexiness to the song, while DPR Live rapping with his deep flow, I could say its one of his best collaborations. I could say Dean’s voice adding the coldness, while DPR Live give the song more warmness. But I mean the song is about a love song, and I think that character suit Dean as well, although he doesn’t produces all love songs, songs, but yeah…DPR Live is really know how to choose someone to collaborate, but most of his songs are not making me so stressful, so that’s important, the long lasting of a song is something that you need to pay attention. 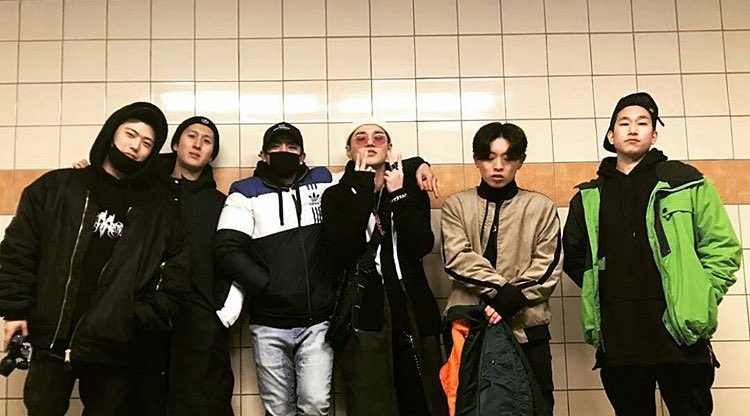 My next favourite is Laputa, featuring Crush for the record Laputa means a “flying island” if I’m not mistaken, so I imagined that the girl is like an island..but speaking of the song again DPR Live knows which artist suit him at his best. Laputa also highlighted Crush’s rapping as well, because nowadays he mostly singing, rather than rapping. I love the beat of the song, although probably I don’t understand what he’s saying but I could tell he’s dope, but if you’re into music videos, all of his videos are produced by his co member of DPR, in which they also taking part of MINO’s Body music video. All of DPR Live music video is fully aesthetic.