In the recent years sometimes religion has been a such a hot topic on the media, some of the media. Its become the most sensitive issues regarding about what happen today, people use a lot of reasons over what happen is related to religion. However for me personally I respect whatever you may have, as long as you don’t hurt and force people.

Even at the Met this year the theme was

Some of the costume are way to incredible, sadly Beyoncé was not there last nigh but I mean Rihanna, and Lana Del Rey were stunning, they fit the theme very well.

There are some some musician that also put this symbolism through their music, musician like HURTS, Sam Smith, Lana Del Rey, Kendrick Lamar have put the heavenly symbol with their music. Recently Sam Smith put the official MV for his collaboration with Logic. As I said on the previous article that Sam Smith got the idea while he went for a trip to Middle East, and see how the world that seems to be perfect are not really that perfect, and he also grew up in a Catholic family, and as a gay man he was told that gay is wrong, and its a sin.

You can see that there are some shadows of figures, I think it was the symbolism of the trapped soul of sinners. I personally thought that the video was done beautifully, and very classy as expected from Sam Smith. There’s a lot of saying on the song “I’m a sinner” “I know I ain’t perfect” I could say this based on a very judge mental point of view of the society. The society especially inside the church (basically any church) especially the elders are often criticised the youngster who a little bit rebellious as “bad”, “dirty”, or we are not deserve to be inside the church. I don’t have a friend too they labelled me, and even the preacher used the money of the denominations for something bad. But I think although the situations are like that but I do believe in God.

But this song is just relatable to me because “EVERYONE PRAY IN THE END” because why ? you guys should judge people based from the way they look, or the way they act. People labelled people like us as a sinners but they really never think about what they said is actually hurting others, and they are not supposed to spread the love like what the Bible teaches everyone to do 🙂 ❤ #spreadthelove

I block out the news, turn my back on religion 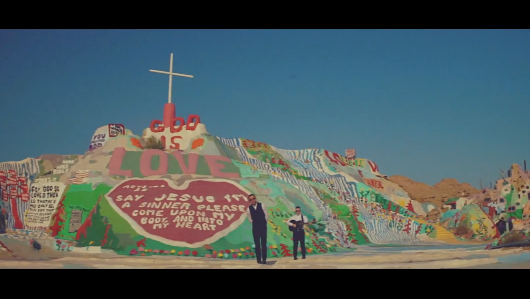 The music video was shot in California Dessert, it was made by Leonard Knight based on a sinners prayer. On my personal opinion it could be possibilities about “bad love”, or having a bad influence of love marked you as a sinner, because as you could see you can see the baptism scenes on the music video. I got baptized back in 2015, the reason of being baptized is a symbolism of a new life, so basically kind of “clean up” yourself, and being a new person as a soul. please correct me if I’m wrong.

Because no matter where they take me
Death I will survive

Definitely Lana Del Rey is one of my favourite artist to listen all the time, Born to Die is my ultimate favourite sad song too, there are reference on this song such as “Lost but now I found, blind but now I see” from the song Amazing Grace, its about finding the purpose of life, and sometimes being in love is not as easy and it could possibly re-defined your purpose of life. ❤ #heartbreak

Some people might said that I’m depressed when I heard the song like this or above 🙂 But all I could say they are wrong, they are just the song that speak from my deep down of my heart, but I just don’t have a chance to perfectly speak out. There are times when you just want to say what you want, but you’re afraid they’ll judge you more and more..because that’s what I found it really hard, especially when you grew up in a conservative area, where if you got like earring that look like a huge safety pin is weird, or when you listen to certain music you’re wrong. #touché but they do something that’s similar or even worst.

But I’m hoping at the gates,
They’ll tell me that you’re mine

CHOOSE YOUR LAST WORDS THIS IS THE LAST TIME

Last but not least is Kendrick Lamar, he is known to be one of the artist that openly spoke about his belief. He once stated that without God, he will not be on where he is today, this is the reason why I stan Kendrick. Because he’s not saying about the most beautiful things that most people can just bullshit about it, and labelled us, its not fair to be honest being labelled. 🙂 The song HUMBLE is basically saying that everyone should just be humble, and it is one of the characteristic of being a Christian. 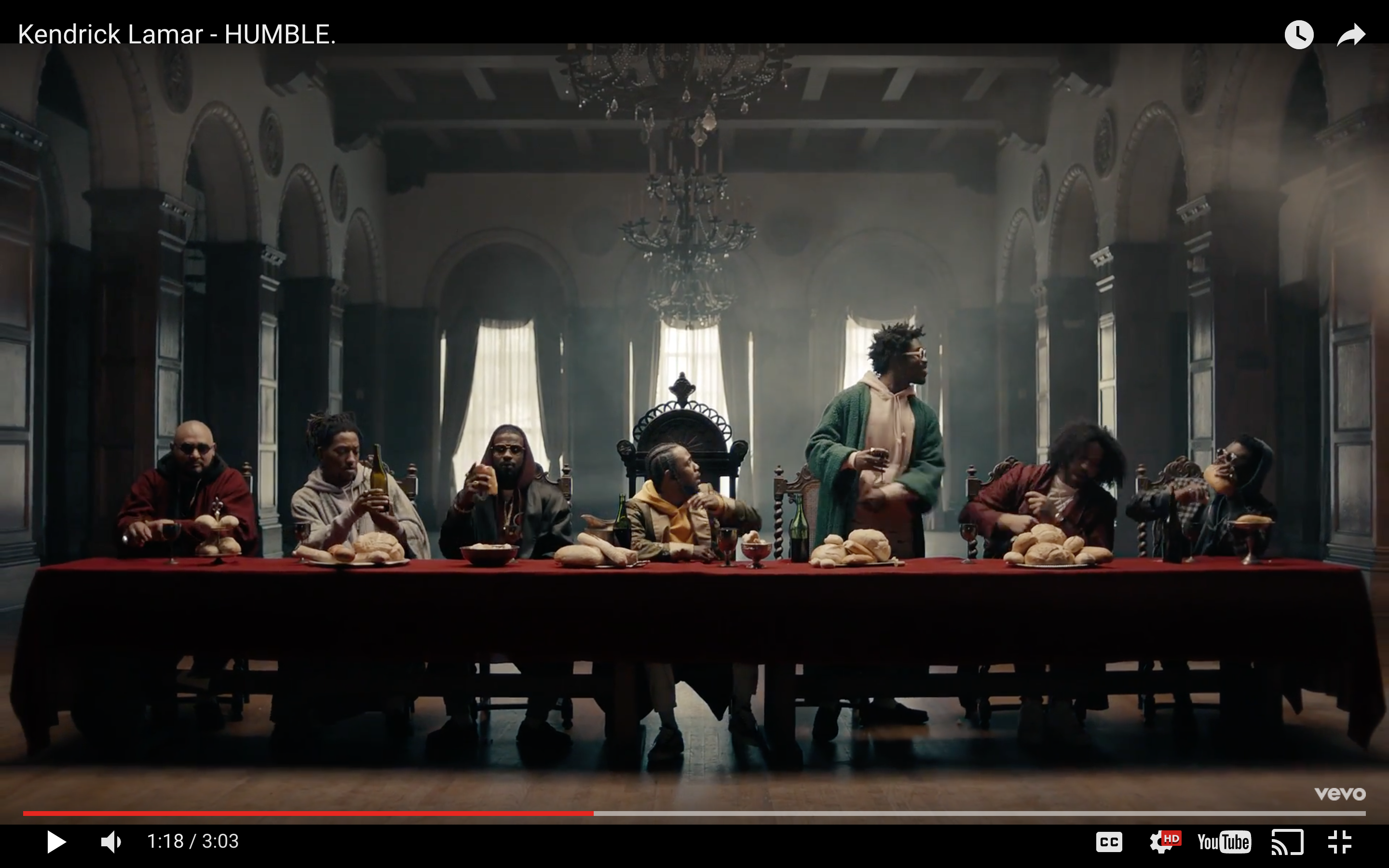 But you can see that the reference of the pope coat, and the last supper with Kendrick’s friends. From what I got here you’re nothing without your family and friends where you’re started, so basically there is nothing to boast about. But as a human I could say that sometimes even though you don’t really mean it sometimes we still got that arrogant persona when we got praised 🙂 I can’t deny that 🙂 since I’m also a human. But I rather be the person who got the type of “talk to my face” rather than be a backstabber. I think the purpose of life is just how you be the blessings to other people by not judging them accordingly, and spread the love ❤