Twenty One Pilots left a special looks on my mind, they look unique, the musicians that I love, unique, or weird if you want to call me, they are Tyler Joseph, and Josh Dun, I bet people know them so well compare than me 🙂 but I just love them so badly they’re cool.

Just for other information they signed with Fueled by Ramen, in which group like ONE OK ROCK, Panic at the Disco signed to. Their music also showed some unique colour too 🙂 I mean these days its hard to determine the genre, it seems that everyone doing collaborations, and widen their music spectrum. Some music journalist often compare Joseph’s rapping with Macklemore’s, for me personally its a bit different, but for me music sometimes could sound the same wihout being the same “same”

Yup for me life is a ride, few days ago I’m happy with my Law Quiz, the next time I failed my quiz for Financial Markets, thats hard for me but I need to put myself up, and facing the next questions 🙂 🙂 there are another chance and life is just a Ride, I was scared but at the same time there’s no point of getting scared. 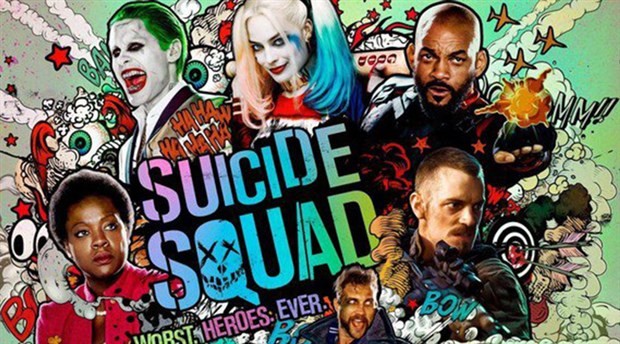 As many of you might know or not I love Suicide Squad, and I think is when the bad guys actually became the heroes, for me honestly I’m not a bad person but I’m nothing and a lot of time I don’t deserve what I got, and what I want to do, I let my parents down a lot and it makes me sad, there is this song from the movie called Heathens.

Although I may be the most bubbly person ever in the room, I’m actually not, I’m so savage sarcastic, and I want to let people know that I’m not that “good” “good” person, by which means I’m not perfect. I try to be the person that people wanted me to be like, but I can’t, I may just not heard the mean things that people said to me, but sometimes it affects me without me realising it 🙂 someone said that I’m her burden, and I’ll always make her sad, but I understand those people don’t really meant to hurt me 🙂

I honestly felt that my reputations is became worst the time goes by, the reason why I love listening to this kind of songs, and I feel like I’m related to them simply because they say the most painful things inside my heart so I don’t have to say it by myself, it might sounds so cliché, but its true. Thing actually become worst after few girls from my hometown going to Melbourne 🙂 so people starts to say that I should be like “them”, but I can’t, I’m the type of “say it to my face” girl and if you don’t like than, it should not really bother me #thuglife 🙂 IDGAF guys, and I feel like Twenty One Pilots also IDGAF type of boys if you see them accepting their Grammys 🙂