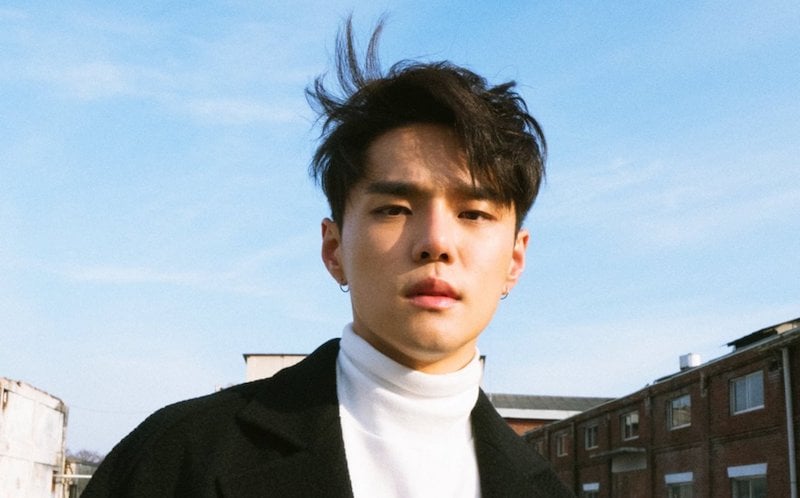 Dean is one of the most hottest musician to sought after in South Korea, his real name is Kwon Hyuk. Dean apparently debuted in the US back in 2015 with the song I’m Not Sorry (DAMNNN girl if you listen to this song you’ll bywww to cloud 9), the song featured Grammy winner Eric Bellinger.. Back then Dean has no neck tattoo but you still look cool with it too 🙂 There’s something about his voice that I could say its unique..and at the same time it gives you chill as well he also collaborated with THEY. for the single Dante’s Creek

Honestly speaking I always told everyone not to care about the looks over their artistry right (?) but you won’t hurt if you got both..even Song Minho 🙂 OMG I love his songs but at the same time he is serving the looks. Dean is also popular among the K Pop industry by writing songs for K-Pop mega group like EXO’s Black Pearl. Dean also affiliated with ZICO, Penomeco, and CRUSH making the quartet FANCYCHILD, if you haven’t heard it yet its called Bermuda Triangle. Not only with ZICO, but he collaborated with other artist from other agency like YG Ent. there’s been a rumoured about him, that he will join the company, but its not true. Dean produced Lee Hi’s songs called World Tour, and 안봐도 비디오, but I got the World Tour because its sooo good (can you imagine MINO and Dean at the same studio for a song..more collab please)

Anyway DEAN is so amazing fashion wise, his style changes but he’s still cool, my favourite song from him is actually called Pour Up with ZICO is just lit mann like the DEAN’s unique vocal/rap mix with ZICO tough-ish rap style is dope family 🙂

What I like about Dean is that he made this songs calm, but not boring, chill, but not that chill feelings 🙂 its a mix up, so I really love how he choose his collaborator as well, because its showing your multi artistic point of view..another song is called D Half Moon featuring Gaeko 🙂 I love Gaeko too he got tons of goods songs 🙂 I love his style too very IDGAF at SMTM 6.. I actually team Dynamic Duo 🙂 – I love Nucksal 🙂

I honestly don’t get and get it why girls love his voice, but honestly if I haven’t see his face I would still like the song because its unique, but I didn’t able to see the whole SMTM 6 last time because of the hectic schedule :). What I love about his recent released called Instagram is because the music is so relatable.

“But I can’t let go of my phone”- DEAN INSTAGRAM 🙂