In terms of music actually the Japanese did not playing around. Tokyo have the best HIDDEN TALENT that actually they should pay attention

credit to Spoon and Tamago

KANDYTOWN is a collective group from Tokyo, Hypebeast have been described it as the unit that covers all spectrum in hip-hop since they have DJ, MC, Videographer, and Engineer. The group have been active since 2012, in Tokyo, and they signed to Warner Music Japan. They group originally composed of 16 members and now 15 since their founder YUSHI has passed.

KANDYTOWN also known for their unique style they were choosen as part of the Reebok Classic campaign in Japan, and they even make a track for it. 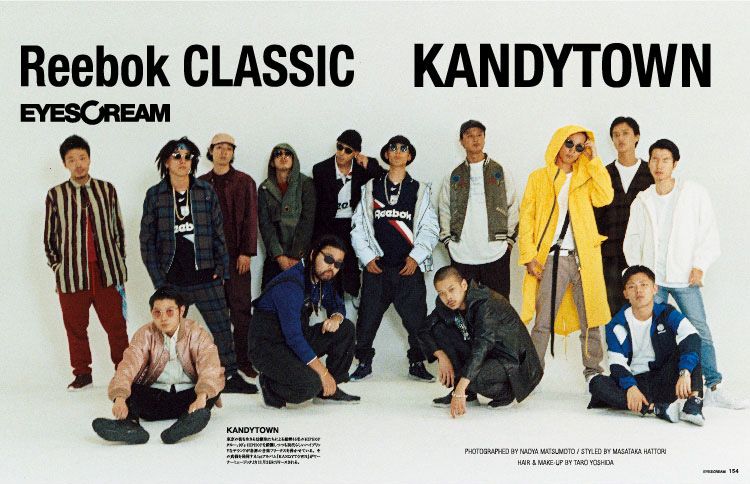 Their member IO in which he is part of the MC, and the Videographer did make a collaboration with Magic Stick in 2017, the product was sold on the website of Opening Ceremony Japan.

So far for me I really love what Japanese music groups have offered, Kandytown style is mostly based on the 90s hiphop but they fused it with the youthfulness of Tokyo 🙂

Just like any other music collective in Japan each individuals highlighted with their talents so no once almost left behind, this track particularly released in 2017. For me personally YouTube views doesn’t matter, what matter is when someone appreciate your art work. To be honest Japan has the most stay grounded attitude 🙂 love them ❤ they really have this cool IDGAF which is awesome, I want to learn that since it will help me to keep my foot on the ground.

Like other collective Kandytown’s member also got their chance to show their own musical style with their solo activities.

I really love this kind of collective where their member know each other like family, and although definitely in one group there is the alpha member, but they are able to share their time. (if you know what I mean 🙂 ) Because first they are based on the genre that I love 🙂 and all the member kind of doing the same genre 🙂 they look cool too. If I have a chance it will be nice for me to see their performance live in Japan 🙂 I love Japanese music collective group, its one of my dream to work with talented and artistic people.