Well I know some might be unpleased because I said I really love general music but, Song Minho is so on trend in music right now, especially in South Korea 🙂

Some people might said that K-Pop is so different, and idol rapper is different from rapper generally in South Korea. Because idol rappers are someone who are trained to be a rapper or in charge of rapping on their group, but Song Minho is part of the underground rapping before his debut..

He is not afraid to collaborate with artist from independent agency like Code Kunst, Jamezz :), and he collaborated with artists like Loco, Lee Hi, Epik High, Zion .T, and more 🙂

Shoot was part of the Hip Hop History Infinity Challenge, other rappers like Bewhy, Dok2, DinDin, Gaeko, and Zico was part of the competition. 🙂 Mino was praised mostly for his wordplay 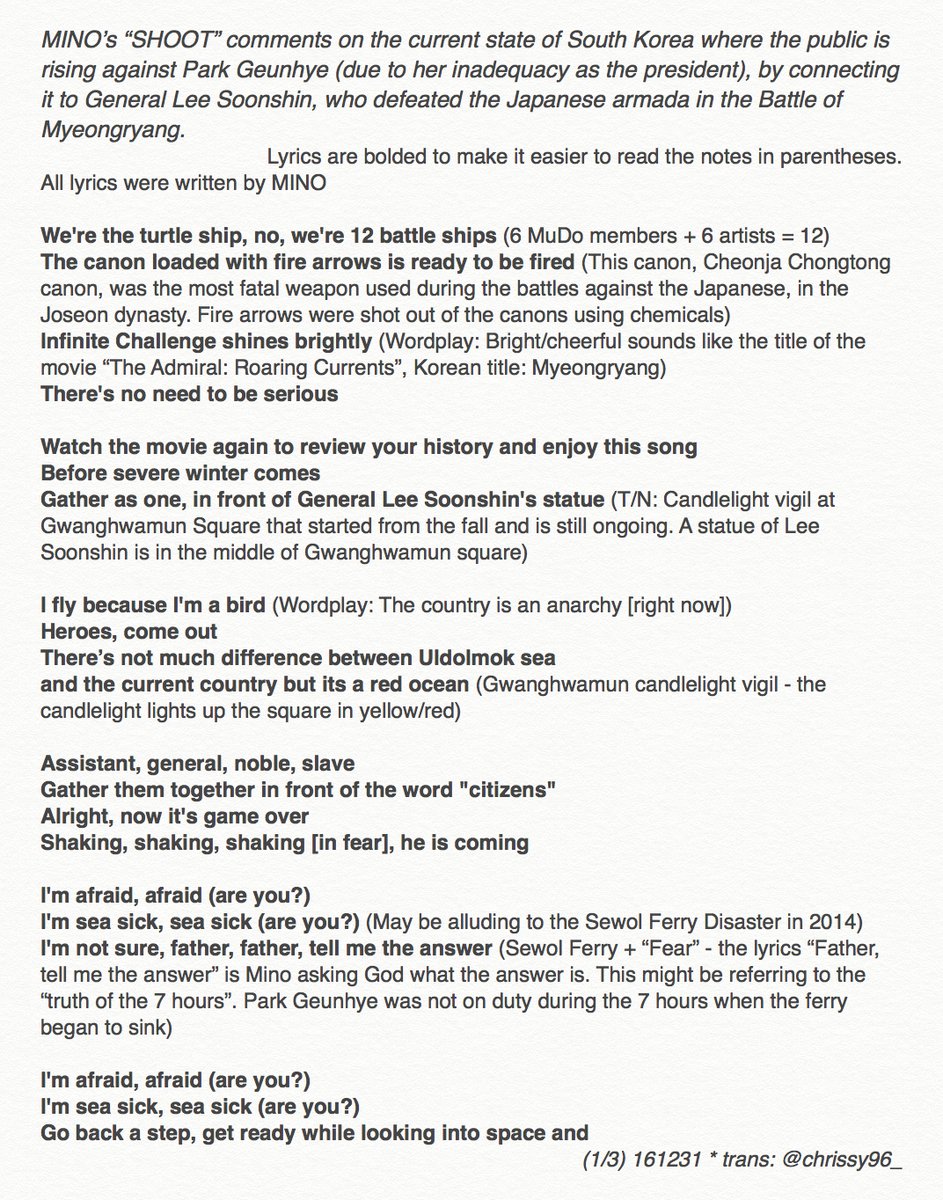 “After I arrived at the airport and found out that we were doing a photoshoot with WINNER, I looked for him first ㅋㅋㅋ His good looks are no joke in person. From what I’ve seen on TV, I thought Song Mino was true to his cold and aloof image so I was staring at him thinking, “Wow, he’s a celebrity” but he’s the most energetic and playful out of his group members.” – from YG United

Mino: Rapper KOHH who’s active in the Japanese hiphop scene. I picked a Japanese artist since this is a Japanese magazine (He proudly said it). KOHH’s style is really cool… (The interviewer was interrupted at this point as it was Mino’s turn for the personal shoot. Just then, Hoon was beside said, “I think KOHH will be really bothered if he were to read this magazine and would be going ‘Why did he pick me? Why?’ if the only interview only had this one part” and burst out laughing)

(After Mino had returned from his photoshoot) I’m back (laughs). I knew about KOHH when I was a trainee. I really yearn for his sense of music or fashion, MV, all! KOHH is very cool because he has a personality only he can show. I think I’ll be really happy if I get to do a collaboration with him someday.- K-Boy Paradise Vol. 18 Japan Magazine! 2015