To be honest with everyone I am not the type of girl who will do mass streaming buy merchandise and stuffs, however I love to listen to their album, and I love going to see their concerts too, and if someone actually talking about bias I am more into solo artist rather than the group because I know what exactly the type of music that I love, buts its different when you have a band. Frankly speaking of group and a band there is a thin line of it, and its hard to debate about it :), for example Link Park there are two singers in one group but I love when Mike Shinoda compliments Chester Bennington voice, its dope, but I will appreciate their groups still no matter what

Linkin Park Lost in The Echo

I really appreciate Mike Shinoda’s voice here, I love the tone when he’s singing 🙂 because its super calming, but Chester Bennington voice is giving the contrast to this song, hence that’s what makes Linkin Park very special to me ❤ I will forever love you Chester

I love ONE OK ROCK, first they go international I could say that their fans are soooo humble and deserve some respect man, their music video for The Beginning reached 108 million views but their fans are not deifying their idol 🙂 that’s important guys

I supposed that Japan is more famous with their rock group, but ONE OK Rock starts to make it big, honestly Taka definitely improved his English a lot, with their song Take What You Want with 5SOS, I’m crying but if you never heard Taka rapping then you should listen to Ending Story in minutes 2:45

Other than Linkin Park, One OK Rock I love Honest Boyz this one is in a group 🙂 but they looked so sic 🙂 the group composed of NIGO of TERIYAKI BOYZ, NAOTO of EXILE and J Soul Brothers, VERBAL of m-flo, SWAY of DOBERMAN INFINITY, and MANDY of GENERATIONS 🙂 Now I am a fan of everyone I almost got stuffs from Verbal accessories line too 🙂

For me on looking for a music I look for someone that offer unique look over the others 🙂 for this the quirky looks of Honest Boyz definitely won over everything 🙂 they have social media on Instagram, and you can listen to them on Spotify, they don’t have music video just yet 🙂 but I am looking foward if they have one 🙂

I love Big Bang too 🙂 I went to G Dragon concert MOTTE tour in Melbourne 🙂 I know that everyone going crazy with this group.. I mean who does not ? 🙂

But to be honest some people love the visual of the music video instead of the whole point of the song this because I noticed if the beat goes hard than the more crazy the fans on viewing the music video, and there goal is fighting who’s the fastest to get 100 million views, but I definitely know which group members are more to music that I love definitely G Dragon, and Taeyang 🙂 but I don’t biased against them so I still love them as a group

G Dragon Crooked and Taeyang Wedding Dress are more me 🙂

I also love the group J Soul Brothers too, because all of them look super unique, interesting I guess..to be honest I guess I have my guy type unique looking guy 🙂

And definitely Japanese group definitely got their style very Japanestic Futuristic, also I love their fans to be very humble, not doing any crazy fan war 🙂 its important guys since it shows how much childish you are and music is based on preference so you can stop judging 🙂 They got 124 million views for R.Y.U.S.E.I and their fans are the dopest thing ever stay humble love you guys <3. Definitely EXILE musics are a bit crazy they have various genre on their songs but that’s what I like 🙂 but its hard to figure which one is my favourite because they are worker and some member also part with CRAZY BOY and they collab with uncle Snoop ❤

But when I talked about boy group I can not leave WINNER right (you guess it right I am a fan of Song Minho, I honestly know Mino from Show Me the Money than I started to know about his group 🙂 ) their recent comeback is so sic :)))) if you guys checked it out on Youtube Everyday is trending on several countries 🙂 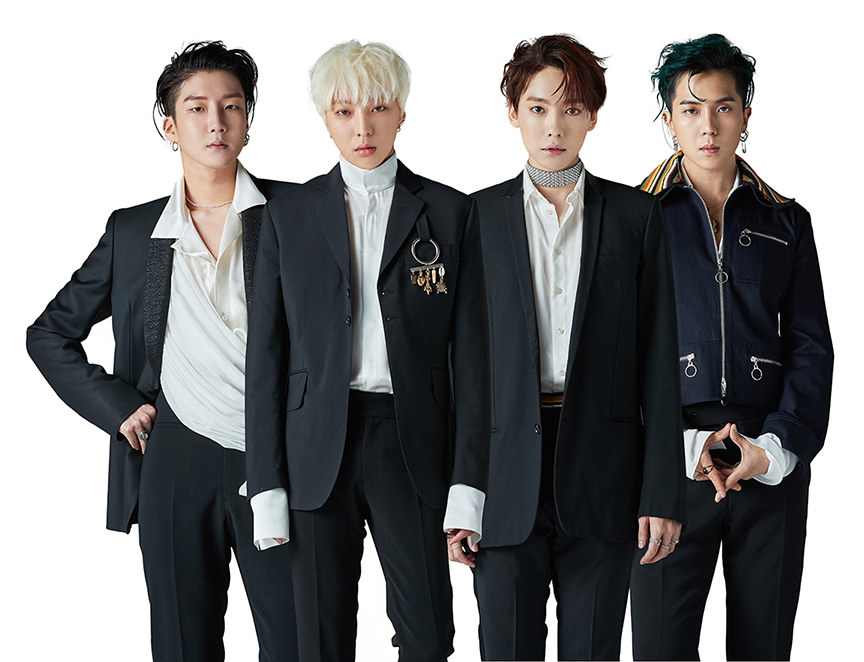 What I like about them is they trying out every style of music as well since you need to explore your artistry as well, but they still compliment their music with the YG Style in which involving hip hop 🙂 that’s why I love Mino’s solo a lot, Fear, Body, and recently Turn of the Lights is my lists 🙂

I love the way that Song Minho got to explore his image as an artist but sexy image does not really me, it makes me uncomfortable looking at it (in a good way it makes me fluttered a lot 🙂 ) somehow I still have the songs on my phone, his voice and tone are awesome : I feel like YG selected rappers with deep, chic, cold face a lot 🙂

Last but not least I love 30 Seconds to Mars, even the reason for me to see Suicide Squad is to see Jared Leto acting 🙂

Best part of 30 Seconds to Mars is that Jared Leto, or his other name Bartholomew Cubbins directed most of their own music video 🙂 so that’s awesome one of my favourite songs of all time from them is Kings and Queesn 🙂

I kinda love their new album too, since I feel like this time their songs are more approachable by the public compare to the previous ones. I agree that these days people tend to look at the beat rather than the meaning of the songs itself 🙂

Plus I love A$AP guys and this time the member Rocky featured on them 🙂 so yeah I love A$AP MOB too.. like mann A$AP Forever 🙂

Yass please don’t judge me guys I love the group I knew A$AP Tyy, A$AP Ferg, and A$AP Rocky, I mean since I’m from Asia region I knew them recently like 1 year, I knew Ferg for the It G Ma remix, and for Tyy I knew him from his collaboration with C Jamm, and Bewhy, like shame on me I thought Rocky is just a solo artist 😦

I guess that’s for now 🙂 there are groups that’s in my mind but I’ll wrote them down next time 🙂 love you all. These words are purely what I love and like